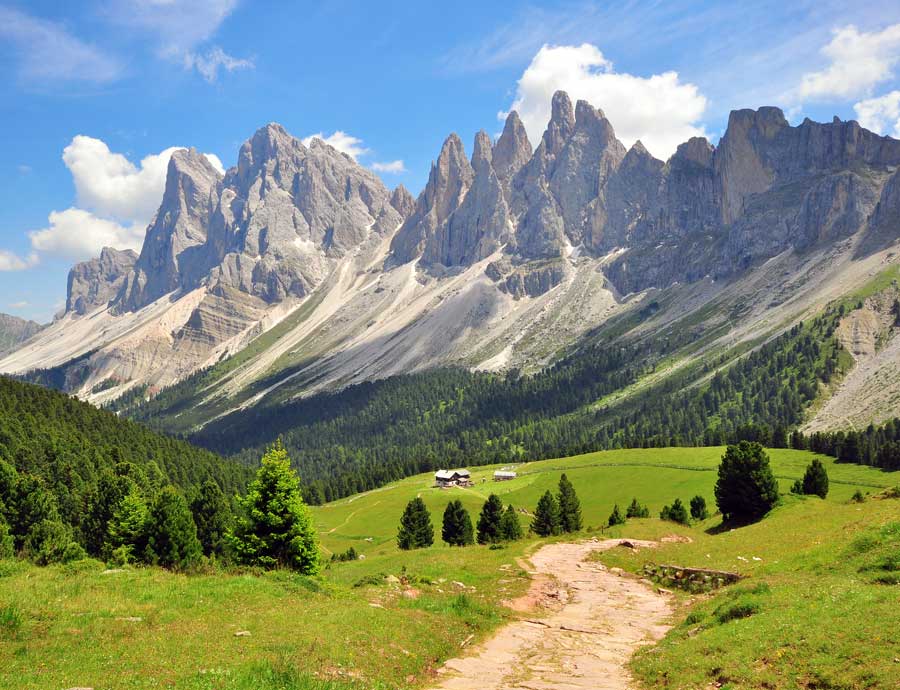 Italy's Veneto region is home to some of the most famous peaks of the Dolomite mountains: Tre Cime di Lavaredo, Pelmo, Marmolada and the Tofane. More specifically, in the province of Belluno - the northernmost province in the region (along the Austrian border), the Italian region of Friuli Venezia Giulia to the east, the provinces of Treviso and Vicenza to the south, and Trentino Alto Adige to the west. Rich with natural treasures and cultural and historic places of interest, the region is a hub for tourists. The Dolomites, a UNESCO world heritage site, are found in the upper part of the region, where the area's most famous tourist attractions are located: Cortina d'Ampezzo, Falcade, Arabba, Auronzo di Cadore, Sappada and Zoldo, all true paradises for skiers.

Venice is not just an important city in the Veneto: its eternal beauty, unchanged over the centuries, unrivalled in its charm, makes it one of the most beautiful places in Italy, if not the world. Saint Mark's Basilica, the Doge's Palace, the magic of a gondola ride or a stroll amid the beautiful streets of the historic centre - the sensations and thrills afforded by this city are difficult to beat!

Prosecco from the region:

These cookies are necessary for the website to function and cannot be switched off in our systems.

You can set your browser to block or alert you about these cookies, but some parts of the site will not then work. These cookies do not store any personally identifiable information.

These cookies allow us to count visits and traffic sources so we can measure and improve the performance of our site. They help us to know which pages are the most and least popular and see how visitors move around the site.

All information these cookies collect is aggregated and therefore anonymous. If you do not allow these cookies we will not know when you have visited our site, and will not be able to monitor its performance.

Select all Deselect all
Accept all cookies Manage preferences